Where did the Church of Jesus Christ come from?

Homepage Education Where did the Church of Jesus Christ come from?

Where did the Church of Jesus Christ come from? 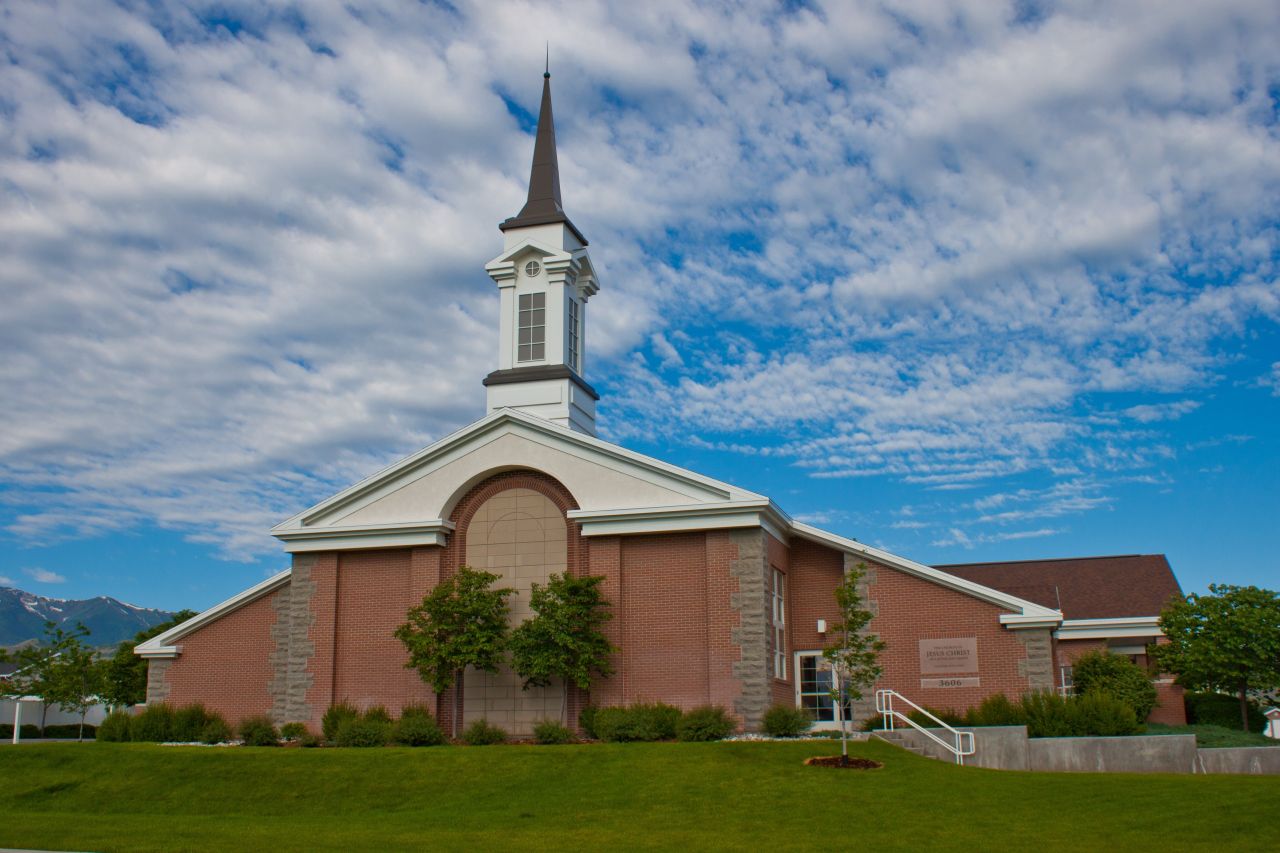 My name is Thomas. I’m originally from the Bay Area, but grew up in Utah. I speak Spanish, I’m a jazz trombonist and runner, and I love hiking and camping. Above all, the best part of my life is being a member of the Church of Jesus Christ of Latter-day Saints.

To better explain where the Church of Jesus Christ came from, it helps to have a basic grasp of what we believe. Everything is based on the fact that God is our loving Heavenly Father.

I know God is real. I know He is aware of you and your situation, and wants to help you. He knows your name, speaks your language, hears your prayers, shares your hopes and worries, and most importantly, wants to strengthen His relationship with you. Gaining an understanding that someone so powerful cares about me so personally has changed my life— and my family’s lives—forever.

What is your relationship with God like? Maybe you were once close to Him, but have drifted far away throughout the years. Maybe you’ve never really known who He is and what He means to you. Maybe you simply feel like something is missing in your life that you can’t quite describe. I wish I could get to know you face to face, and hear your story. No matter where you are spiritually, I know that God loves you and is ready to show you how much He cares. You are His precious son or daughter and He wants to be close to you. So, how do you get closer to Him?

God Speaks to Us Through Prophets

Throughout history, God has reached out to His children through prophets—inspired men with the authority to teach and interpret the word of God.

You can read about prophets such as Abraham, Noah, and Moses in the Holy Bible. Each of these men was called by God to lead His people. All of them teach about Heavenly Father and how to return to Him. Everyone who followed these prophets was blessed. Unfortunately, there were many who didn’t want to listen to them and repent. They refused to believe in God and chose to distance themselves from Him, losing the blessings and protection that He promises. They found themselves in a state of spiritual confusion and darkness called “apostasy.”

In this life, it’s easy to feel overwhelmed, depressed, or confused by the many choices and trials we face. Sometimes we feel guilty about decisions we’ve already made. We might feel separated from God too, in a sort of personal apostasy. Thankfully, Christ made it possible for us to be healed from every wound we carry from our past and start over with a clean slate.

Jesus Christ, the Savior of the World

After a long period of disbelief, or “apostasy,” Heavenly Father sent His son, Jesus Christ, to represent Him here on the earth. During Christ’s life, He was baptized, established His church by choosing twelve Apostles, served others, performed miracles, and showed us the true path to return to heaven.

Most importantly, Christ suffered and died to give recompense for our mistakes and offenses, giving us an opportunity to repent—which means to change our thoughts and actions to become more like Jesus Christ. That sacrifice is called the Atonement of Jesus Christ. He compensated for our shortcomings. Even the spelling of “Atonement” suggests that we can be “at one” with Heavenly Father. Thanks to Jesus Christ, all of us can repent and become at one with God again. We can be freed from guilt, sadness, and pains of the past. That’s why Jesus Christ is the Savior—He lovingly provided a way for you and me to be saved.

When we choose to adjust our lifestyle as He asks us to, we are blessed in every aspect of our lives. We are promised that as often as we repent sincerely, we will be forgiven.

I am far from perfect. I repent every day, striving to stop bad habits and start good ones. It is a satisfying, joyful process of improvement. Even when I mess up, I know I can try again.

Sadly, just like before, many people rejected Christ as the Son of God. After His death, they killed many of His followers. Over time, the authority to lead God’s church was lost from the earth entirely. Lots of different opinions got mixed in with the true teachings of Jesus regarding crucial topics such as His sacrifice, baptism, church organization, and prayer. Thousands of churches were formed, each with their own perspective on God. The centuries afterward are known as the Great Apostasy, because the complete truth didn’t exist anywhere on earth.

During those centuries of confusion, many good people were seeking to be close to God but they didn’t know how. Many scripture records were gradually changed or lost. Eventually, in order to clarify His teachings and help His children progress, God provided further light and understanding through a modern-day prophet.

The Restoration of Christ’s Church

As said in the beginning, God loves us. He wants each of us to know how to come back home to Him. As a loving Father, He would not let His children be confused forever. After many years, a young man named Joseph Smith prayed for truth and wisdom, and God answered his prayer. Through Joseph Smith, God restored His one true church and later called Joseph to be His prophet.

Joseph Smith lived in New York in the year 1820. He studied many religions but was confused at the discrepancies between their teachings. Two preachers could read the same passage in the Bible and draw opposite conclusions about what God asks of mankind. How could they both be right? Which version would allow him to return to live with God?

Joseph struggled with these and other questions, worried about what would happen after this life. He wanted to be sure that he was living the way God wanted, not just following what someone else wanted. One day, he read a verse in the Bible with an incredible promise:

“If any of you lack wisdom, let him ask of God…and it shall be given him” (James 1:5, King James Version of the Bible)

Joseph Smith decided to do just that. He went to a private place, knelt down, and prayed to Heavenly Father, asking which church he should join. Because he prayed in humility and faith, he received an extraordinary answer. He describes the experience in his own words:

“I saw a pillar of light exactly over my head, above the brightness of the sun, which descended gradually until it fell upon me … When the light rested upon me I saw two Personages, whose brightness and glory defy all description, standing above me in the air. One of them spake unto me, calling me by name and said, pointing to the other—This is My Beloved Son. Hear Him!” (Joseph Smith—History 1:16–17; see also verses 1–15)

God and Jesus Christ visited him in person and told him that none of the churches in that time had the complete truth. The religious leaders of the day didn’t have the authority to direct God’s church, to baptize, or to interpret the scriptures. They called Joseph Smith as a prophet to restore the true church of Jesus Christ—the same one that He established while He was here. They authorized him to baptize people, call twelve Apostles, and translate God’s word found in the Book of Mormon.

What’s the difference between Reform and Restore?

To reform means to modify an existing organization. To restore means to reestablish the original exactly as it was before. God has restored His church—the same one that Christ set up—on earth once again.

The Book of Mormon: Another Testament of Jesus Christ

The Book of Mormon is a book of God’s word, similar to the Bible. Each book’s primary purpose is the same: to testify that Jesus Christ is the Savior of the world and that all people

My favorite part is towards the end (page 427), when Jesus Christ visits the people of the Americas after His resurrection. Just like He did in Jerusalem, He taught, healed, and prayed with the people. He knew their names. He listened to their heartaches, and invited them to be baptized. I know Christ does the same for me. He loves everyone, no matter who they are, where they live, or when they were born.

The Book of Mormon has changed my life. When I read it, I am filled with joy and comfort. I know it is true. As I’ve studied it and applied its teachings, I have come closer to Christ than ever before in my life. It has gotten me through the hardest times. I know you can read it and find out what God’s plan is for you and your family. You can come to understand, just as I have, the indescribable peace in knowing that you are doing what God wants you to do.

You might have questions or concerns about what we’ve talked about here. My heartfelt invitation is simple: come and see. If you feel that it is good and right, come and see! You are a child of God with incomparable talents, abilities, and potential. There is so much good to do, and we need your help.

With all of my heart, I invite you to come and stay. Come join this joyful family of the Church of Jesus Christ of Latter-day Saints. You will find a sense of belonging and happiness that you’ve never considered possible.

In the Book of Mormon, an ancient American prophet named Moroni invites us to find out for ourselves. He says:

“When ye shall receive these things, I would exhort [invite] you that ye would ask God, the

Pray to Heavenly Father, sincerely asking Him if what I’ve talked about is true. I promise you that if you are willing to listen, He will speak to you. He will answer you, by the power of the Holy Ghost. Pay attention to your thoughts and feelings. Listen to His voice. I know that you will feel His love. You can come to know, as I have, that He has an eternal plan for you, and that He has provided a way to accomplish that plan through His son, Jesus Christ. 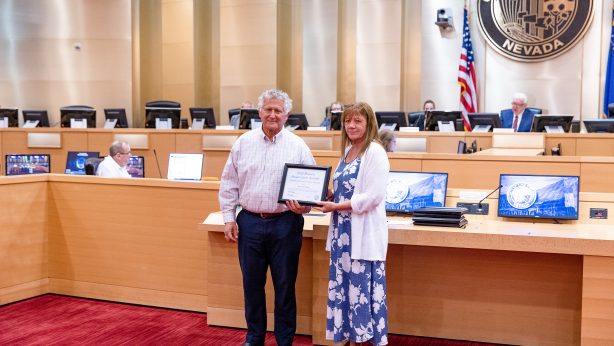 Fred E. Woods has always had a fascination with Las...

There are no event to display!